Money given by devotees for building Sai samadhi

Puttaparthi (Andhra Pradesh): The Sathya Sai Central Trust on Tuesday said it had nothing to do with the cash seized by police, and that it was given by devotees to build a samadhi of the late Sai Baba.

Denying allegations of financial irregularities for the first time since the seized Rs.35 lakh, the trust said the money was paid to Bangalore-based Shankarnayana Consultancy Pvt Ltd. This was being taken by the firm's employees to Bangalore when police seized the same.

Addressing a press conference, trust member V. Srinivasan said that since the trust was not a religious institution and cannot take up construction of a samadhi, it permitted devotees to undertake the work.

The police seized the cash from a vehicle near Hindupur June 18 and arrested three people.

"We have given all the information to police," said Srinivasan, who along with another trustee R.J. Ratnakar was questioned by police. He denied the vehicle belonged to the trust.

A legal advisor to the trust, Naganand, said the incident was blown out of proportion by the media.

Srinivasan revealed that the trust has paid Rs.9.75 crore as income tax on the cash and valuables found in Yajur Mandir, the personal chamber of Sai Baba which was opened June 16.

The trustee said the trust was ready to submit a report about its activities and finances to the Andhra Pradesh government, which sought the information Monday.

Claiming that the trust was capable of managing the institutions run by it, Srinivasan felt there was no need for the government to have a separate mechanism for monitoring.
Posted by Zee 24 Gantalu at 12:55 AM 1 comment:

Hyderabad: Praja Rajyam Party chief K Chiranjeevi tonight claimed that people of Andhra Pradesh were longing to see him as state Chief Minister in real life rather than in reel life.

"Why CM in cinema? People are aspiring to see me as Chief Minister in real life itself," Chiranjeevi shot back when a spectator wanted him to play the role in a movie.

The actor-turned-politician also announced on the occasion that he would not act in films anymore.

"No more films... I shall henceforth devote full time to politics alone," said Chiranjeevi, whose PRP's merger with the ruling Congress is nearing completion.

Chiranjeevi had announced in December last that he would don the grease paint once again for his 150th film to be produced by his actor-son Ram Charan Tej.

But that project did not take off because of political developments in the state as well as PRP's merger move with the Congress.

Chiranjeevi's announcement today assumes significance as there are indications that he may be inducted either in the state Cabinet or even the Union Cabinet in the next round of reshuffle.
Posted by Zee 24 Gantalu at 12:52 AM No comments:

Zee 24 Gantalu invites nominations for Parishramika Puraskaralu, a Prestigious Award ceremony to felicitate the Industrialists of Andhra Pradesh
Posted by Zee 24 Gantalu at 2:51 AM No comments: 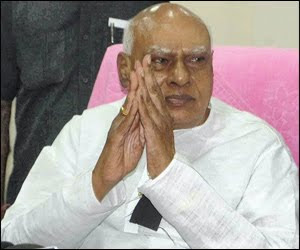 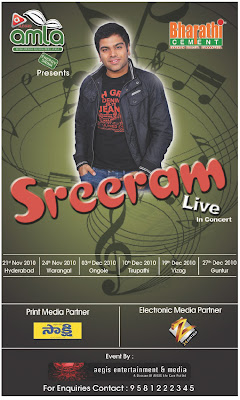 Dear All,
Want to see the top shows of Zee 24 Gantalu again...??
Log on to: http://www.youtube.com/zee24gantalu and watch your preferred shows. You also can put a request for any particular program / show, indicating program name, date & time details.
Pl. do watch and revert with your views / inputs.
Happy viewing !!
Cheers.
Zee 24 Gantalu
Posted by Zee 24 Gantalu at 5:01 AM 21 comments: